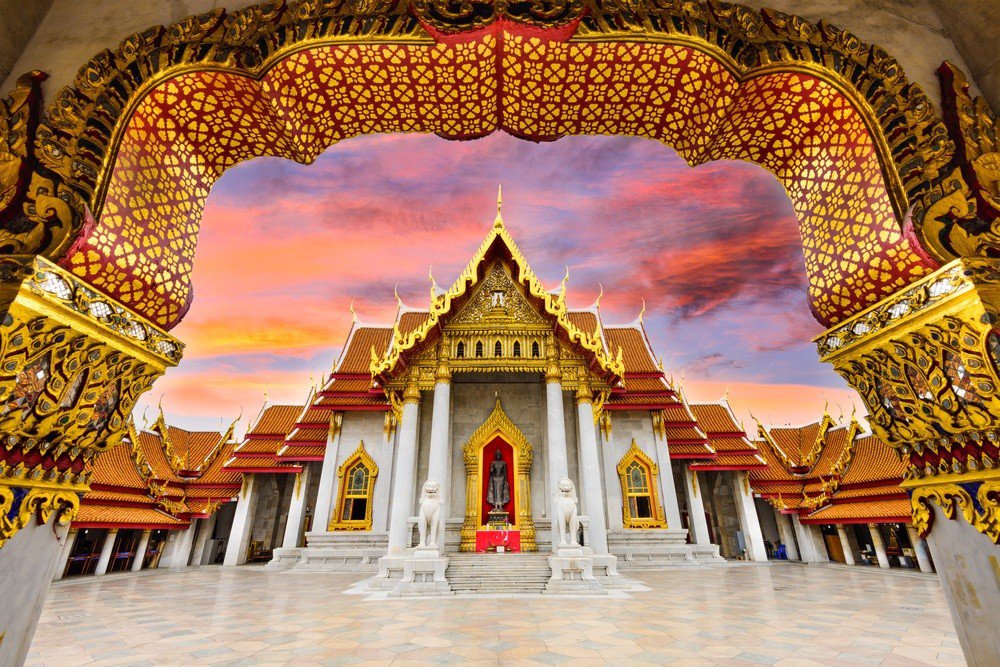 Well, I cannot really pinpoint the reason I started looking at what style of Buddhism to choose. I suppose recent business trips to Thailand started me wondering what the Thai cultural connection was with Buddhism. I really like the Thai politeness and way of life.

I really didn’t think about choosing. I just gravitated to the Theravada way whilst doing research. So maybe it just fits with my personality and upbringing. The things that attract me to Theravada are that it seems “unadorned” or less modified from the original Pali Canon (see below) I also like the simplicity. I like that traditions such as alms rounds in the morning are still practiced in Thailand. I like the fact that eating meat is not forbidden. (It was not forbidden by the historical Buddha)

I like the chanting in Pali. I think it adds some authenticity and meaning to the practice.

Above all, I like the Thai way of Buddhism. Simple as that.

The many names of Theravada

Theravada Buddhism goes by many names. The Buddha himself called the religion he founded Dhamma-vinaya, “the doctrine and discipline,” in reference to the two fundamental aspects of the system of ethical and spiritual training he taught. Owing to its historical dominance in southern Asia (Sri Lanka, Thailand, and Burma), Theravada is also identified as “Southern Buddhism,” in contrast to “Northern Buddhism,” which migrated northwards from India into Tibet, China, Japan, and Korea.

Pali: the language of Theravada

Each recorded sermon (sutta) therefore begins with the disclaimer, Evam me sutam — “Thus have I heard.” The teachings were passed down within the monastic community following a well-established oral tradition. By about 100 BCE the Tipitaka was first fixed in writing in Sri Lanka by Sinhala scribe-monks.

Of course, it can never be proved that the Pali Canon contains the actual words uttered by the historical Buddha (and there is ample evidence to suggest that much of the Canon does not). The wisdom the Canon contains has nevertheless served for centuries as an indispensable guide for millions of followers in their quest for Awakening.

Many students of Theravada find that learning the Pali language — even just a little bit here and there — greatly deepens their understanding of the path of practice.

What are the main types of Buddhism?

A good site for learning.
Scroll to top