The Vinaya – The discipline

You are here: Home / Uncategorized / The Vinaya – The discipline 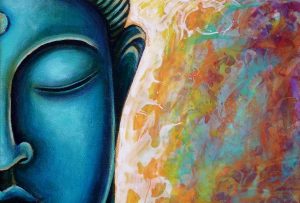 The Vinaya – The discipline

The Vinaya (Pali and Sanskrit, literally meaning “leading out”, “education”, “discipline”) is the regulatory framework for the sangha or monastic community of Buddhism based on the canonical texts called the Vinaya Pitaka. The teachings of the Gautama Buddha can be divided into two broad categories: Dharma “doctrine” and Vinaya “discipline”.
Extant vinaya texts include those of the Theravada (the only one in Pali), the Kāśyapīya, the Mahāsāṃghika, the Mahīśāsaka, the Dharmaguptaka, the Sarvāstivāda and the Mūlasarvāstivāda.

At the heart of the Vinaya is a set of rules known as Patimokkha in Pāli and Prātimokṣa in Sanskrit. The Vinaya was orally passed down from the Buddha to his disciples. Eventually, numerous different Vinayas arose in Buddhism, based upon geographical or cultural differences and the different schools of Buddhism that developed. Three of these are still in use: Theravadin (Theravada), Mulasarvastivadin (the schools of Tibetan Buddhism) and Dharmaguptakin (East Asian Buddhism). The Vinayas are the same in substance and have only minor differences.

Main article: Vinaya Pitaka
Buddhism in Myanmar, Cambodia, Laos, Sri Lanka, and Thailand followed the Theravadin Vinaya, which has 227 rules[2] for bhikkhus and 311 for bhikkhunis. As the nun’s lineage died out in all areas of the Theravada school, traditionally women’s roles as renunciates were limited to taking eight or ten Precepts: see women in Buddhism. Such women appears as maechi in Thai Buddhism, dasa sil mata in Sri Lanka, thilashin in Burma and siladharas at Amaravati Buddhist Monastery in England. More recently, women have been undergoing upasampada as bhikkhuni, although this is a highly charged topic within Theravadin communities: see ordination of women in Buddhism.

Tibetan Buddhists in Tibet, Bhutan, Mongolia, Nepal, Ladakh and other places follow the Mūlasarvāstivāda Vinaya, which has 253 rules for the bhiksus and 364 rules for bhiksunis. In addition to these pratimokṣa rules, there are many supplementary ones.
The full nun’s lineage of the Mūlasarvāstivāda Vinaya was never transmitted to Tibet, and traditionally, Tibetan “nuns” were śramaṇerīs or simply took eight or ten Precepts, see ordination of women in Buddhism.

Use in Mahāyāna Buddhism

The Mahāyāna Bodhisattvabhūmi, part of the Yogācārabhūmi Śāstra, regards it an offense for monastics following the Mahāyāna to reject the traditional rules of the Vinaya:
If he thinks or says, “A future buddha has nothing to do with learning or observing the law of the Vehicle of the Śrāvakas,” he commits a sin of pollution (kliṣṭā āpatti).
Louis de La Vallée-Poussin wrote that the Mahāyāna relies on traditional full ordination of monastics, and in doing so is “perfectly orthodox” according to the monastic vows and rules of the early Buddhist traditions:
From the disciplinary point of view, the Mahāyāna is not autonomous. The adherents of the Mahāyāna are monks of the Mahāsāṃghika, Dharmaguptaka, Sarvāstivādin and other traditions, who undertake the vows and rules of the bodhisattvas without abandoning the monastic vows and rules fixed by the tradition with which they are associated on the day of their Upasampad [full ordination].

The Buddha constantly reminds his hearers that it is the spirit of the rules that counts. On the other hand, the rules themselves are designed to assure a satisfying life, and provide a perfect springboard for the higher attainments. Monastics are instructed by the Buddha to live as “islands unto themselves”. In this sense, living life as the vinaya prescribes it is, as one scholar puts it: “more than merely a means to an end: it is very nearly the end in itself.”
Surrounding the rules is a range of texts. Some of these explain the origins of the rules – it is possible to trace the development of the rules from responses to specific situations or actions to a general codification. There are also a number of sutta-like texts that are more general statements about Buddhist doctrine,
or that give biographical details of some of the great disciples and their enlightenment. Other sections detail how the rules are to be applied, how breaches are to be dealt with, and how disputes amongst the monks are handled.

It is thought that originally there were no rules and the Buddha and his disciples just lived in harmony when they were together. Most of the time they would have been wandering alone, but every year, during the monsoon season when travelling became impossible, the bhikkhus would come together for a few months. As the sangha became bigger and started accepting people of lesser ability who remained unenlightened,
it became necessary to begin having rules.

It seems that initially these were quite flexible and were adapted to the situation. By the time of the Buddha’s death there would have been a body of rules bhikkhus were expected to follow.

In the Mahaparinibbana Sutta the Buddha, as part of his last teaching, tells the bhikkhus that they can abandon some minor rules, but that they should stick to the major ones, but there appears to have been some confusion over which was which.
It was therefore decided that they would keep all of the rules. Immediately after the Buddha’s death there was a council, at which all of the teachings were recited, collected, and sorted. Legend has it that the huge volume of teachings was recited from memory, with Ananda reciting the dhamma and Upali reciting the Vinaya.